What are the requirements for a cleanroom? 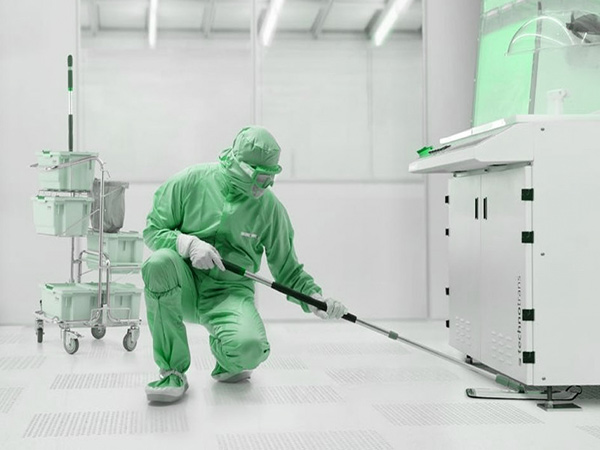 As you have read in various articles, a cleanroom is a combination of engineering, construction, final control and operational design (control strategy) designed to turn a "normal" site or space into a clean space or a " Cleanroom ". " Cleanroom " is required. In this article, the company of comprehensive thinkers of Iranian industry will try to explain the desired specifications and features for a surveillance Cleanroom that does not produce strong chemicals or biologically active or hazardous substances to the interests and researchers in this field. If important control requirements are provided by the Food and Drug Administration or medical equipment, the requirements set are different from an article like this.

Now the question is why do I need a cleanroom?

For cleanroom requirements GMP guidelines for the production of non-sterile pharmaceutical products are not available in the Cleanroom in the EU and PIC / S (eg TGA), but we use a Cleanroom that is effectively ventilated with filtered air. Where clean or open products or containers are exposed. On the other hand, for the production of sterile pharmaceutical products, a Cleanroom is mandatory, as defined in Annex 1 of the EU GMPs and PIC / S. This appendix, in addition to limiting the concentration of airborne particles used to classify a Cleanroom, also optionally defines a number of Cleanroom requirements.
In short, if you are producing a non-sterile pharmaceutical product, you should be very careful in classifying or grading your clean areas, for example, classifying a Cleanroom as "grade D". Although a code is not required, many regulators such as the Australian TGA expect you to fully comply with all G-Room requirements, even if this is not the GMP code. If you classify the room as a D grade, you should be aware of the consequences and costs of maintaining this level of Cleanroom during work.

Which level of cleanroom requirements meet my needs?

If you are a manufacturer of non-sterile pharmaceutical products, you should define the standards of your Cleanroom or clean area using national and international standards. Manufacturers of standard airborne particulate matter concentrations, such as ISO 14644-1 ISO 8 (at rest), clip coating, and effective pressure strategies, typically define a "clean hallway" design or a "dirty hallway" design.
If you are a manufacturer of sterile pharmaceutical products, you should follow the EU GMPs or PIC / S, Annex 1. 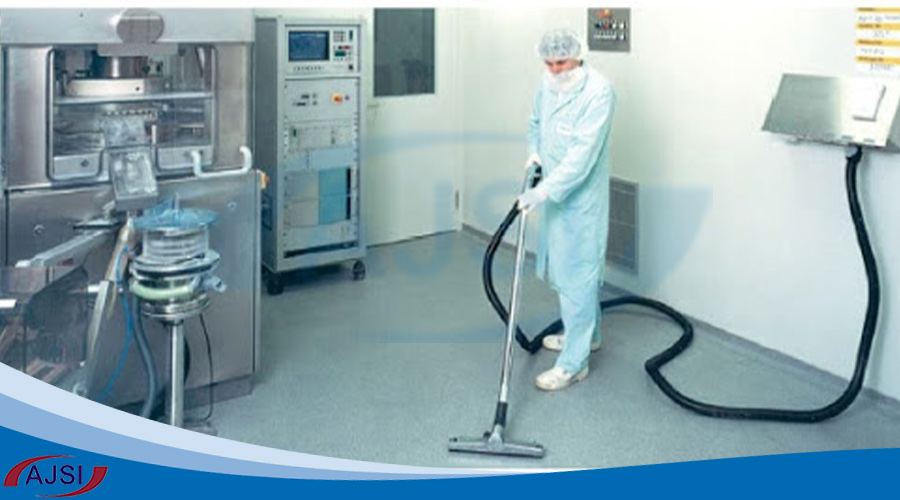 When considering pressure effectively, pharmaceutical engineers should consider a design philosophy for having a "clean hallway" or a "dirty hallway," which we will now illustrate with an example. Typically, low-moisture pharmaceutical products such as tablets or capsules are dry and dusty, so the risk of cross-contamination is likely to be significant. If the " Cleanroom " pressure differential is positive for the hallway, the powder will leave the room and enter the hallway, and will probably then be moved to the Cleanroom next door. Fortunately, most dry formulations do not easily support microbial growth, so as a general rule and Cleanroom requirements, tablets and powders are made in "clean corridor" facilities, because opportunistic microorganisms floating in the corridor are environmental Do not grow. This means that the requirements of the Cleanroom specify that the rooms should have a negative pressure to the hallway.
If you sterilize aseptic (processed), sterile, or bioactive drugs and fluids in a Cleanroom opportunistic microorganisms will usually find a supportive environment in which to thrive, or in the case of a processed product. Abdominal, a single microorganism can be catastrophic. Therefore, the requirements of the Cleanroom determine that these facilities are usually designed with "dirty corridors" because you want to keep potential microorganisms away from a Cleanroom. Unlike powders, liquid droplets generally do not "jump" and float around the center.
Designs can be complicated if the products or raw materials are too powerful, causing occupational safety and health issues, or if they require biological control. These are outside the basics of the principles of a Cleanroom, reading other articles by the Comprehensive Iranian Industrial Thinkers Company about dedicated facilities can help you. If you want to know more, our Cleanroom designers can help you.

A seemingly simple question: Which way should the door of a Cleanroom open?

As long as you do not have a door jack to help close the door, the doors should be opened with more pressure into the room. Double-leaf doors are known for the gradual reduction of door springs and air leakage between rooms on surfaces outside the design parameters, due to the loss of room differential balance.

The cleanroom Requirements specifically state that sliding doors are not permitted in sterile plants because they typically cause indelible dents, bumps and dents. For these reasons, they should not be used in non-sterile facilities. 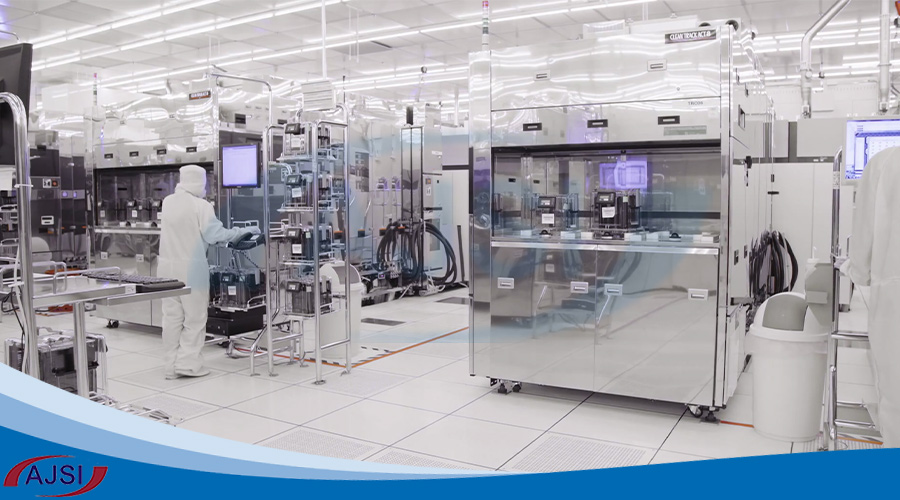 What are the sources of pollution in a Cleanroom?

GMP therefore defines and controls potential particle resources in an effort to control possible "microbial contamination".
Personnel in a Cleanroom are typically the highest source of airborne particles or the risk of microbial contamination, so proper clothing and limiting the number of employees in a room should be carefully controlled to design Cleanroom requirements.

So what makes a Cleanroom a "cleanroom"?

Cleanrooms and clean areas are defined in the GMP as the following specifications.
There are three things that keep a Cleanroom "clean": 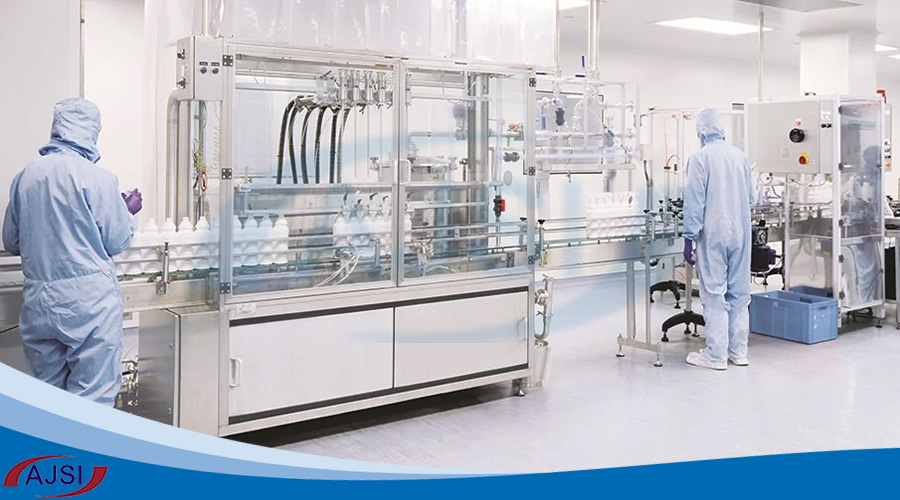 Each of the above three is equally important. Lets look at their details:

There are a variety of suitable options for different materials, from expensive coatings, or the best and most pleasant glass option, for example, at the end of the hallway. Among the cheapest options can be gypsum board with epoxy coating of two pots and a set of other options are also available.

Cleanrooms need plenty of air, usually at controlled temperatures and humidity. This means that in most facilities, the air conditioning unit (AHU) cleanroom consumes more than 60% of the total site power. As a general rule, the cleaner the room, the more air it needs to use. To reduce the cost of changing the temperature or humidity of the environment, AHUs or systems are designed to circulate about 80% of the air through the room (if product features are allowed), reducing particulate pollution as it occurs. They eliminate and at the same time keep the temperature and humidity stable.

Particles (pollution) float around in the air. Most airborne particles settle slowly, and the rate of sedimentation depends on their size.

A well-designed air control system must deliver "fresh" and "rotating" filtered clean air quickly and efficiently into the cleanroom to remove particles from the room. Depending on the nature of the operation, the air leaving the room is usually re-circulated through the air transfer system where the filters remove the particles. High levels of moisture, harmful vapors or gases from processes, raw materials or products can not be recirculated inside the room, so the air in these cleanrooms is often cooled and then 100% fresh air enters the building.
Rooms sometimes experience large amounts of airborne particles during normal operation, such as a sampling room or pharmacy. In these cases, to prevent cross-contamination, the room should be cleaned quickly between operations.

The volume of air entering a cleanroom is strictly controlled and the volume of air leaving is also controlled. Most cleanrooms work with more pressure on the atmosphere, which results in a larger volume of air being immersed in the clean space than the air supply from the room. Excess pressure causes air to escape from under the door or through cracks or crevices that are likely to exist in any cleanroom.

As a general rule, the cleanest room in a room should work with the most or the least pressure.

A proper air transportation system allows air to move throughout the cleanroom. The key to a good design of a cleanroom is the right place for air to enter (supply) and exit (exhaust).

When placing the supply grilles and the (return) air outlet should be the highest priority when evacuating a cleanroom. The grid (from the ceiling) and the return air grids (at the bottom level) should be placed on opposite sides of the cleanroom, to facilitate the effect of "plug" flow. For example, if the operator must protect a high-power product, the current must be away from the operator.
For a sterile or aseptic process that requires grade A air, the airflow usually mimics the plug-in flow from top to bottom and is unidirectional or "multilayer". It must be ensured that the "first air" is never contaminated before contact with the product.
Run a cleanroom

The most effective way to maintain air quality in a clean working room is to maintain it properly.

This includes the following:

• Minimize the amount of potential contamination coming out of your production operation
• Strict control of cleanroom access only to trained personnel and limiting the number, because even trained operators are the most important source of cleanroom pollution.
• Regularly clean your facilities in strictly controlled ways
• Regular maintenance of facilities and equipment
• Regular monitoring of air filters and airflow and frequent re-verification of cleanrooms.

A micron (or micrometer) is one millionth of a meter. Human hair is about 100 microns thick. Particles smaller than 50 microns are not visible to the naked eye. Bacteria measure 1 or 2 microns.
HEPA filters
HEPA stands for High Efficiency Particulate Air. HEPA filters are one of the most important elements of a cleanroom. They consist of a large box filter that effectively removes airborne particles in certain sizes. They need to be checked and tested regularly to make sure they are not yet integrated.

HEPA filters are made of a mat of randomly arranged fibers, typically fiberglass with diameters between 0.5 and 2.0 microns. The main factors affecting the performance of fiber diameter are filter thickness and filter face speed.

Oil dispersion test or integrity test is a test method to ensure that the HEPA filter has its performance characteristics and is properly seated and sealed in its frame.

Air Lock Cleanroom is a room where personnel, materials or equipment are transported or removed to a cleaner environment. This size can be the size of a small "closet", or a large room where staff enters and exits cleanroom clothes, or where a forklift can enter. 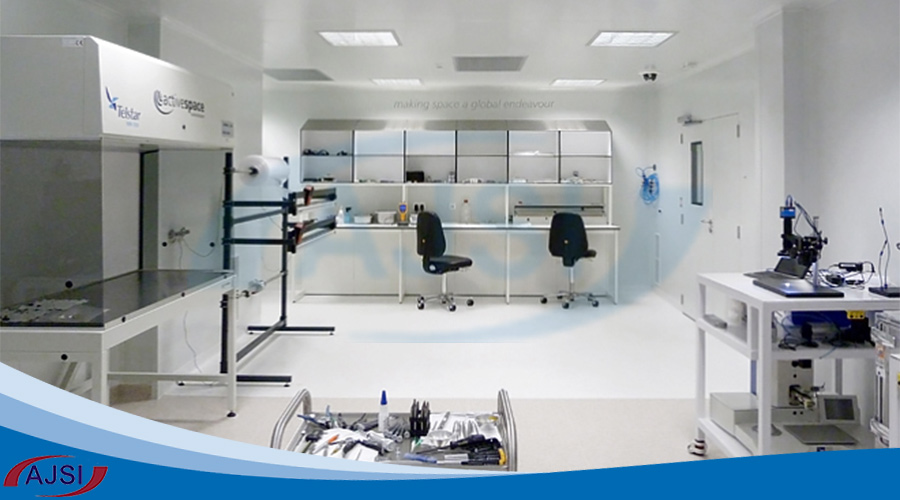 This refers to the level of cleanliness of the cleanroom particles based on the number of airborne particles of a specified size per cubic meter. ISO 8 is the basic level of a cleanroom. A clean sterile room for the pharmaceutical industry needs to achieve ISO 5. Classes better than ISO 5, ie ISO 4, are usually only required for the electronics industry.
Cleanroom requirements and cleanroom classification or ISO?
Grades A to D only indicate that the cleanroom is clean for sterile products, these grades may be related to ISO classes, but they are not the same.

It was replaced by the international standard ISO 14644, Cleanrooms and Controlled Environments - Part 1: Air Cleaning Classification and Part 2: Test and Monitoring Specifications to Prove Continuous Compliance with ISO 14644-1

The time it takes a contaminant to reach the room to achieve its designed level of cleanliness in accordance with GMP requirements.
Cleanroom particle count
Did you know that a test that samples a constant volume of air and filters and filters airborne particles according to the requirements of a cleanroom is called a particle count test? This is done at different times, such as when the cleanroom is "resting" or "working". For pharmaceutical operations, the number of living (living) and non-living (non-living) particles in the air is calculated and counted. This is done as part of a cleanroom certification and during regular environmental monitoring.

A Cleanroom Certificate is a series of tests performed to show that a cleanroom is working according to its required class or grade, and you have a certificate issued by a competent tester.
In the end, you can contact the consultants and engineers of the Comprehensive Thinkers of Iranian Industry in any field and get all your needs from design, implementation and construction of a cleanroom to the requirements of a cleanroom on a global scale.